After some time, Aiden began to see their own clients and developed a name for themself. Around 2003, Aiden moved to Los Angeles to pursue a career in adult acting and directing. Since then, they have been nominated for and won numerous adult industry awards and accolades. Aiden joined Ian Rath during the first season of XR University. Teaching had always been a passion of theirs and these co-hosts hit it off and have been educating and entertaining as long-time friends since the beginning!

Ian Rath is currently a photographer, videographer, director, and male Dom. He has been working at eXtreme Restraints since 2012 and is one of the hosts of XR University along with Aiden Starr. He believes that good communication skills are really what’s needed to be in the scene, “How else are you supposed to talk to somebody about your sexual needs? Up front and honest communication skills are what you need and what you have to keep working on.” It was Ian’s idea to do an educational series when he started working for XR. “I thought there was so much bad info out there about bondage and BDSM that it was time for some good information to be given on the subject.” The show has been going on strong for over a decade with longtime friend Aiden Starr, and they’re still educating and providing one of the best shows on kink around! 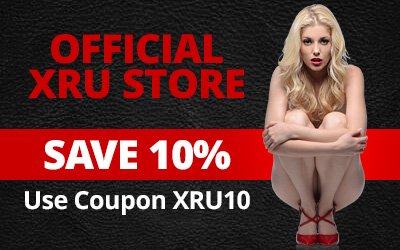 *Subscribe to be the first to learn of new content, and get special discounts on your favorite toys.

*Subscribe to be the first to learn of new content, and get special discounts on your favorite toys.